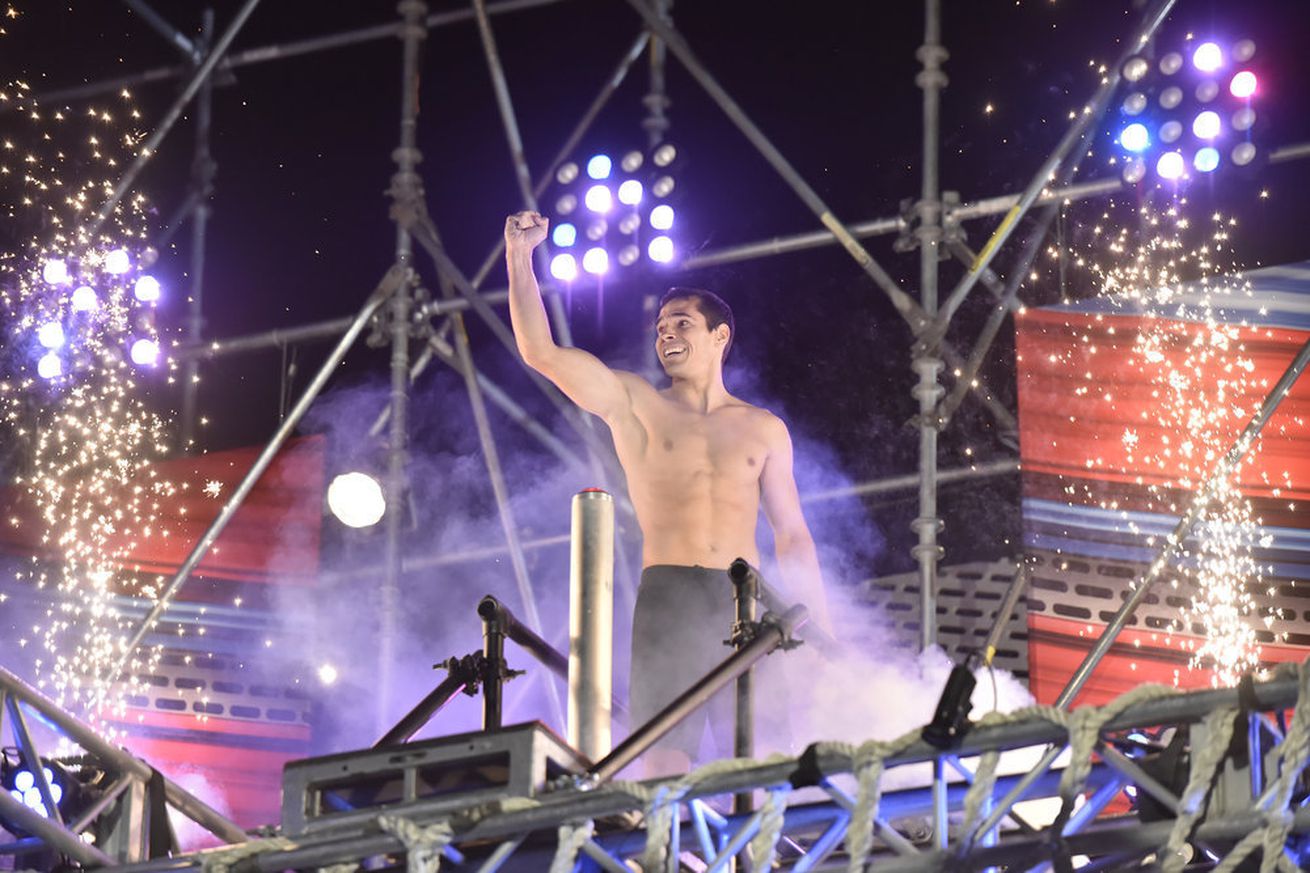 After a close call in Atlanta, he’s heading on to Stage Two.

Casey Suchocki might have had a close call in the City Finals, but he didn’t just scrape by on Stage One.

Casey competed in the Atlanta region this year. He finished the Qualifying course after a potential knee injury on the course. In the City Finals, he made it to Up For Grabs. His time to the obstacle narrowly moved him into the National Finals.

Back facing Stage One for the third time, Casey knew what he had to do. With his wife and grandpa looking on, he hit the buzzer. That means he’ll return to Stage Two for the second season in a row, and with the motivation to go even farther this time around.

Read on as Casey reflects on his close call and pushing himself this year.

Who else is ready to watch the first night of #AmericanNinjaWarrior National Finals!? ITS VEGAS TIME!!! And all bets are off!! Tune in on #NBC @ 7:00pm CST to see who will become one buzzer closer to $1,000,000 and the title of Grand Champion!

“So I found out last minute that I was safe for Vegas. It’s always a bittersweet thing because you never want to see other Ninjas not perform up to their potential, because I feel every Ninja has potential. I’ve completed an entire course, but at the same time it’s still awesome to make it back to Vegas. Like I said, it’s a bittersweet thing.

Being here on the ground is awesome. Vegas is always fun. The competition is amazing. It’s a step up, and then it’s a giant playground for all of us. But also to be here with my wife and my granddad, it’s kind of like a vacation at the same time. It’s a nice little relax from reality.”

Ready to drop in on Night Two of Stage 1 #AmericanNinjaWarrior !! Tune in to NBC at 7pm CST!! ✅ It’s going to be another wild night! You can believe the #Tide is going to roll tonight! #bamaninja #anw #vegas #stage1 #rtr #rolltide #nbc

“This is kind of funny. My most favorite obstacle is also the most nerve wracking obstacle, which is the Double Dipper. I think it’s a lot of people’s. It’s like a giant roller coaster. When I’m on it, it’s completely fun, but at the same time I want to make sure I get through it.”

“Courses from City Qualifiers and City Finals have been pretty fast, in my opinion, this year. I think they’re going to pick up the pace, so you’re going to see a lot of amazing movements, a lot of quick Ninjas, and some great stories.

You always say you expect the best from yourself. This year I trained hard after falling in Atlanta. I feel like I didn’t have any endurance there. I’ve been training endurance a lot, and so far, all courses I’ve ran, I’ve not fallen since then. So I expect to go pretty far. Stage Two is now my next obstacle to pass, since last year I fell there. I, at least, hope to make it to Stage Three, and then when I make it to Stage Three we’ll see what goes from there.”

Casey faces the obstacles of Stage Two on Monday, September 9 at 8/7c on NBC.