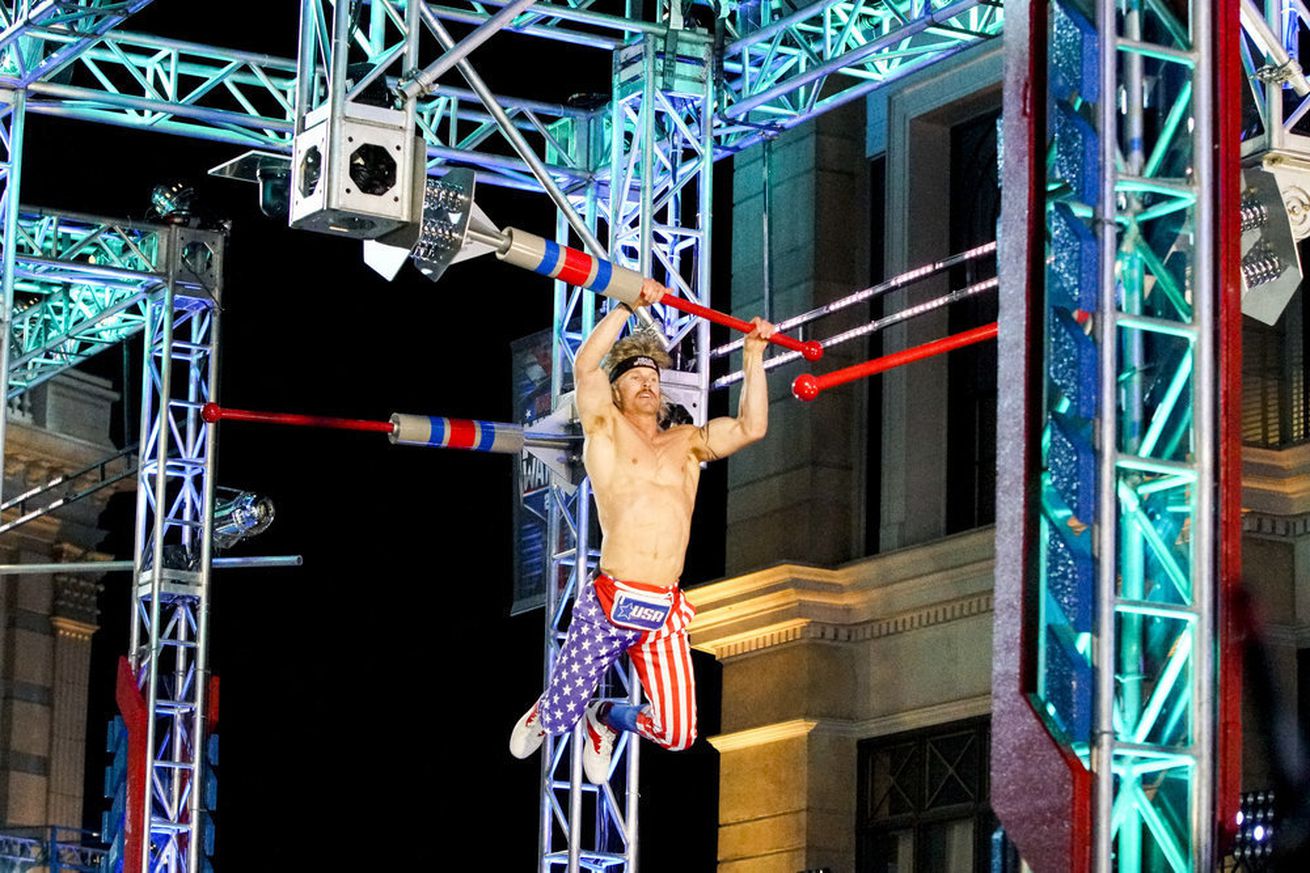 So much attitude… and a lot of heart.

We recently learned just how the over-the-top character of “Chad Flexington” came into existence and it’s too sweet and romantic not to share!

For anyone unaware, THIS is Chad Flexington, AKA Ben Udy. He stormed the American Ninja Warrior course in season 11.

Flexington is… A LOT to take in. The voice, the hair, the attitude. He’s macho, he’s loud, he’s impossible to ignore. He also had the skills to back up the attention. He made it to Stage One of the National Finals in his rookie year. Flexington was called back to run the course for season 12 in Los Angeles. That taping was delayed, but not before we had a little chat with the legend himself. (Well, a chat with Ben Udy, the man behind the myth.)

That’s how we stumbled upon the downright tender-hearted way Chad Flexington came to exist.

“He just had to come out. I just had to find him. He was always in there,” Ben shared with us.

“He was actually introduced as a birthday gift to my wife, like, five years ago. My wife wanted me to put together an at-home workout plan for her to follow for when she’s home with the kids. Something to do in the garage or living room while they’re napping. I was like, ‘I can do WAY better than that.’

I got my shortest shorts and my fanny pack, and that’s actually where my mullet wig came from. I came up with the name Chad Flexington. It’s like this over-the-top, 80’s, Richard Simmons-style fitness instructor. I made her an at home fitness workout video.”

Ben shared that he honed the character’s development just a bit for American Ninja Warrior, but Chad Flexington well preceded his involvement with the show.

Behind-the-scenes, Ben is a dedicated family man with a pretty darn adorable family. And it seems like they’re all in on the fun.

So thankful for this perfectly crazy family! —————————————Also, Thanksgiving is the official first day of ugly Christmas sweater season so suit up #thankful #family #uglysweater

May we all find the confidence of Chad Flexington within ourselves.