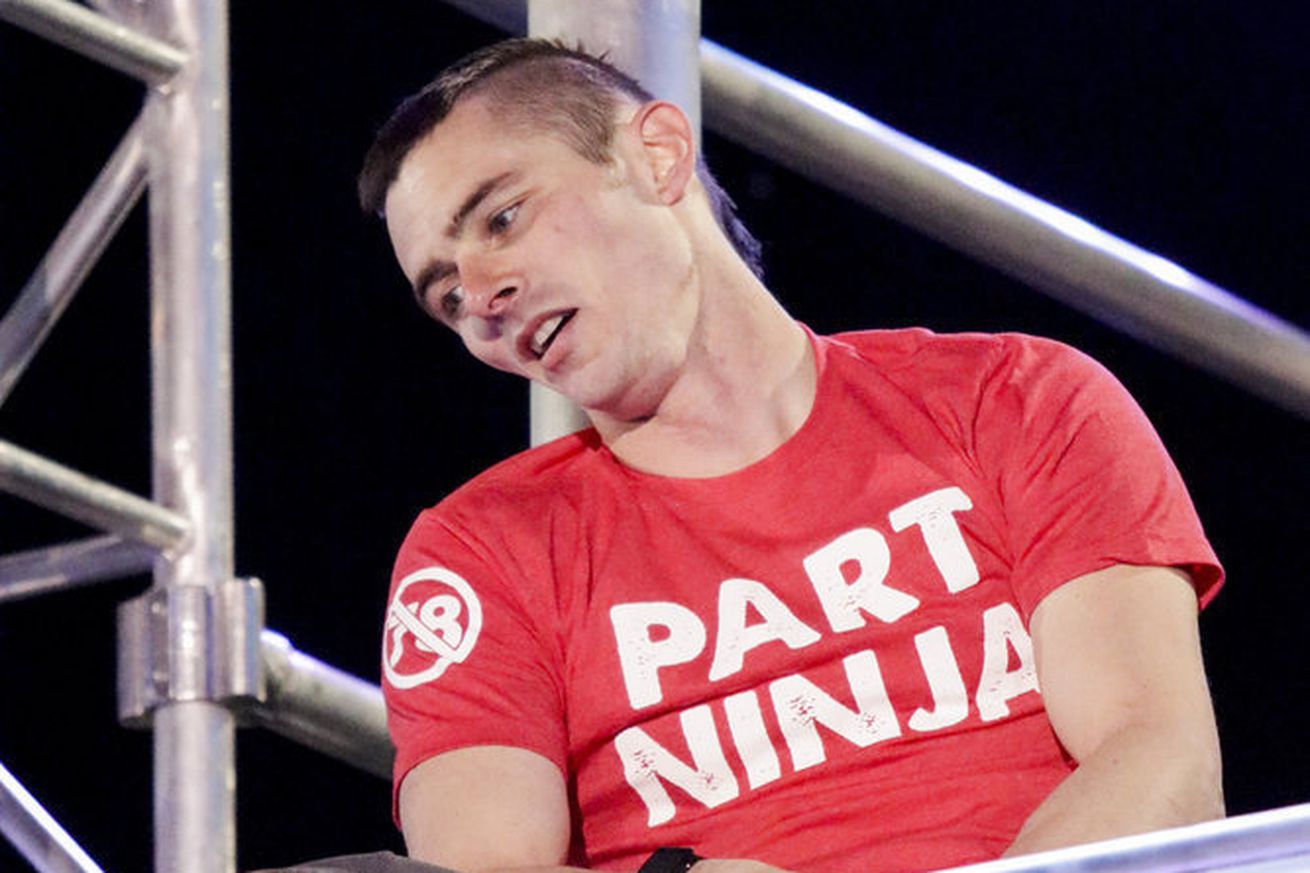 After 77 days in the walk-on line, he reenacted the experience to prepare for his strong season 11 return.

Dave Cavanagh’s sixth season on American Ninja Warrior began on a special note long before the cameras ever turned on. It was the first season of his career where Dave was actually selected as a participant. For the previous five seasons, Dave had been diligently earning his title of “King of the Walk-On Line.” In total, he spent 77 days in various lines over various cities. It wasn’t due to lack of skills. Dave has qualified for Las Vegas twice before.

He’ll return to the National Finals for the third time this year. After a stellar run on the Baltimore Qualifying course, Dave ended up with the fastest completion time and went to the Power Tower against Conor Galvin. There, he snagged himself the Speed Pass and can relax for the City Finals.

Learn more about Dave’s experience at the Qualifiers with our interview below.

The steps may be shrinking, but @Sour_Neon_Worms is larger than life. pic.twitter.com/bBZfHM9vEQ

Old habits die hard. After getting the call to compete this season, Dave reenacted the walk on line experience anyway.

“It was more towards me just being mentally ready because I’d done it for so long this way. I got out here, I figured nothing crazy. I got here 10 days ago. I know for most people that sounds insane, but my 10 days, it’s like nothing. It’s like a week and a little bit and it’ll be fine.

I just started going through the motions. I did our line check-ins. I had a regimen of going to the gym right afterwards and going to the masseuse on one day to make sure I did everything I could re-up real quick. I even had a book that I was signing just for me. You know, just signing my name every day so that way I knew, ‘Yep, I was at check-in at 10:00, I was at check-in at 7:00,’ You know?

I kept myself accountable, and that was a huge thing to do with the walk-on. We kept each other accountable for, you know, this is your spot. Like if you want your spot you’re going to keep it. Over the 10 days I just kind of watched them build the course and did the whole mental game of trying to figure out obstacles. I guessed half the obstacles like five weeks ago. Swear to God, my wife will tell you, I had this amazing grid that I had worked out.

It’s just good for me in general. I had already planned to do a walk-on line, so why not?”

Once Dave heard about the Power Tower, it was something he was interested in, but he needed to survive the new obstacles first.

“I felt really good going into it, and as soon as I heard about that Power Tower thing, I was like, ‘I think I can get into there.’ And add in the fact that last year, I could’ve had the fastest time had I not tried 18-foot Warped Wall. It’s like, you know what, I really want this Power Tower, and everyone’s like, ‘Oh, what about the money,’ and I’m like, I’m about glory when it comes to Ninja Warrior. I don’t need money. I really don’t. I live a very simple life. I’m not very lavish. I don’t need the money. I much rather get this glory of this Power Tower.

So, I took a deep breath at the start, and I don’t know if I’ve breathed again, honestly.

The Hazard Cones kind of stunned me a little. I had been on Crank It Up in Kansas City, so I felt comfortable going into that. And the Cones, watching them over the course of the night, was a little intimidating. Especially getting up there. Once I saw it, I’m like, ‘This is actually pretty intimidating.’ These are big steps. But a good friend of mine in the crowd, as soon as I started to pause and think about it, he just started screaming, ‘You just have to keep running!’ at the top of his lungs, and it was dead quiet, so that’s all I heard. I just went in.”

It all comes down to this. Will @Sour_Neon_Worms or @ConorGalvin3 win the speed pass? pic.twitter.com/JcqUoHBMBg

So, I think just for me personally, I knew that I kind of had a mental edge because I had been staring at it for so long, I had been looking around, I had a game plan. I’ve done Ninja Warrior so many times that I just knew that, come on, you’re putting a firefighter on two fire poles, one going down, one going up, the chances of someone’s going to be able to do that faster than I am … and I do that at work for fun.

I felt mentally ready. I felt that moment … call it superstitious. I mean, I had a red shirt on, he had a blue shirt on. I picked the red lane without even thinking about it. I’m like, this is it. This is meant to be.”

That’s how it’s done in Baltimore! We’ll see you next week on an all-new #AmericanNinjaWarrior. pic.twitter.com/BvM8VwTApL

It’s been a pretty auspicious start to Dave’s first season as a selected competitor. He hasn’t lost sight that there’s still more work to do in the City Finals, although he does have that handy Speed Pass.

“First of all, I mean I went from a walk-on that didn’t even know if he was going to get on the course to, a year later, being the guy that gets to run it for fun. Every obstacle I do … I hate to think about it as failure, but it’s like, if I fail at it, I don’t really lose a whole lot. But, in the same sense, it’s been six years, I’ve never gotten a finisher’s patch, and it’s something I’ve always wanted. I just always wanted to go to Vegas with a finisher patch on my shirt. I may be going into it a little more relaxed, but I have every intention of reaching the goal of getting that finisher patch that I’ve always wanted.

There are much stronger men than I that will probably get that one (the Safety Pass), but if things fall into place and … You know, the back half’s not easy. It really isn’t. It happens, it happens. I wouldn’t mind it, but again, the finisher patch has been my dream for so long. If it means taking a 30-second break to make sure I can get to that then I’m totally fine with letting the stronger guys who want it more than I do. I wanted the Speed Pass more than anybody, and if they can’t tell that by watching that then you’re crazy, but there are guys out there, I think, who might want that rerun pass a little bit more than me.”

That face you make when you realize you just have given it your all but are going to have to do it again really, really soon. @ninjawarrior and @anwnation are just finding the most flattering photos of me this season (just let me know when you get tired of posts from Monday night cause I’m never gonna get tired of it haha). . . . . #ninjawarrior #anw11 #americanninjawarrior #tired #allout #partninja #kingofthewalkons #justtheking

So what’s his overall goal for the season? It’s a pretty big one…

“You know, I want to say that I’ll be the last man standing honestly, I really really do. I think I’m prone … I think I’m primed and ready to do it. And you know, someone else has got to be up there eventually, can’t be the same three guys all the time. So, yeah I don’t see anything stopping me at this point.”