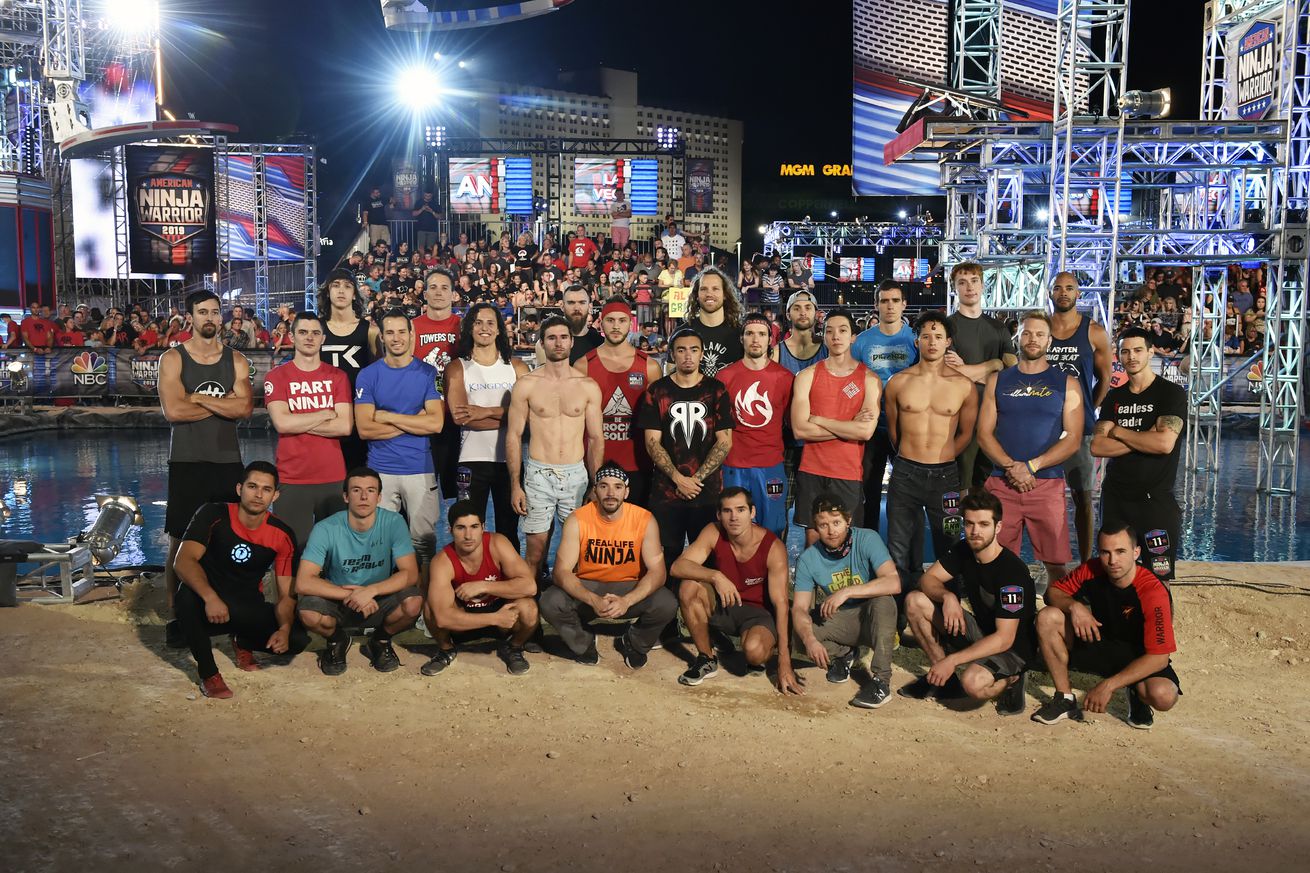 If you follow some of the Ninjas on Instagram, you’ll see that they’re often hanging out with another Ninja (or several Ninjas).

Sometimes they’re at the World Series.

Sometimes they’re at a Ninja wedding.

Got to spend my Friday evening laughing, dancing and celebrating the marriage of 2 of the most genuinely amazing humans I know ❤️Full disclosure, this was probably the most fun and coolest weddings I’ve ever been to! Congratulations @chriswilczewski & @rachelcarlton__ I wish you guys a lifetime of happiness and adventures together #MrAndMrsWilczewski #Love #Happiness #Wedding #Goals #AmericanNinjqWarrior #NinjaWarrior #ANW

But more often than not, they’re training or competing together.

USA for the win! So honored to be apart of these power house team. My video of stage 1 is coming out soon so stay tuned! @ninja_warrior_germany #getcomfortablebeingumcomfortable #ninjas #teamUsa #flip #ninjawarriorgermany #ninjawarrior #germany #ninjas #weinternational

As Nate Burkhalter said in a recent interview at a local news station, “that’s what I love about this team mentality—we’re all together against the course, instead of against each other.”

The research shows that we are more likely to stick with a workout if we have friends there with us. A study published in the Journal of Social Sciences in 2010 found that participants worked harder to match those around them (call it good peer pressure!).

Nick Hanson has found this to be true with his Ninja training as well. After the City Finals last season, he told Nikki that he was “most definitely faster than before… I spent a week in Chicago with Ethan—Ethan Swanson, Jesse LaBreck, Chris Degange, Michael Torres—some of the most powerful and quick people on the planet.”

Nick continued, “so I spent a week with them training every single day in all the different Ultimate Ninjas Gyms. And it was totally eye-opening. Because when I’m back at home, usually it’s me, and maybe my friend videoing and he’s a gamer. He’s not an athlete… I mean, he’s strong, but he’s just not athletic in the sense that he uses it to do something. And so it’s just me and him and I have to kind of push myself and get into my own mind. And when you get into your own mind, it’s really easy to say, ‘I don’t feel like going anymore.’ Or ‘I could take one more breath.’

And when you have Ethan and Grant and Jesse and Chris and all these guys yelling at you, saying ‘Can’t stop! Can’t stop’ and it’s like, ‘okay, I have to go then because they’re yelling at me.’”

Nick explained that they aren’t saying that because he’s taking his time but because he just finished an obstacle and they know the way to get faster is to push it. “Having that push and having that group of friends to push me to that level is so nice. And it just totally changed my game.”

So if you feel yourself wanting to get started or take your Ninja skills to the next level, find a group of fellow Ninjas to train with and push each other! Mud Run Guide has put together a great list of Ninja gyms around the country, so check it out here and see if there’s one near you!