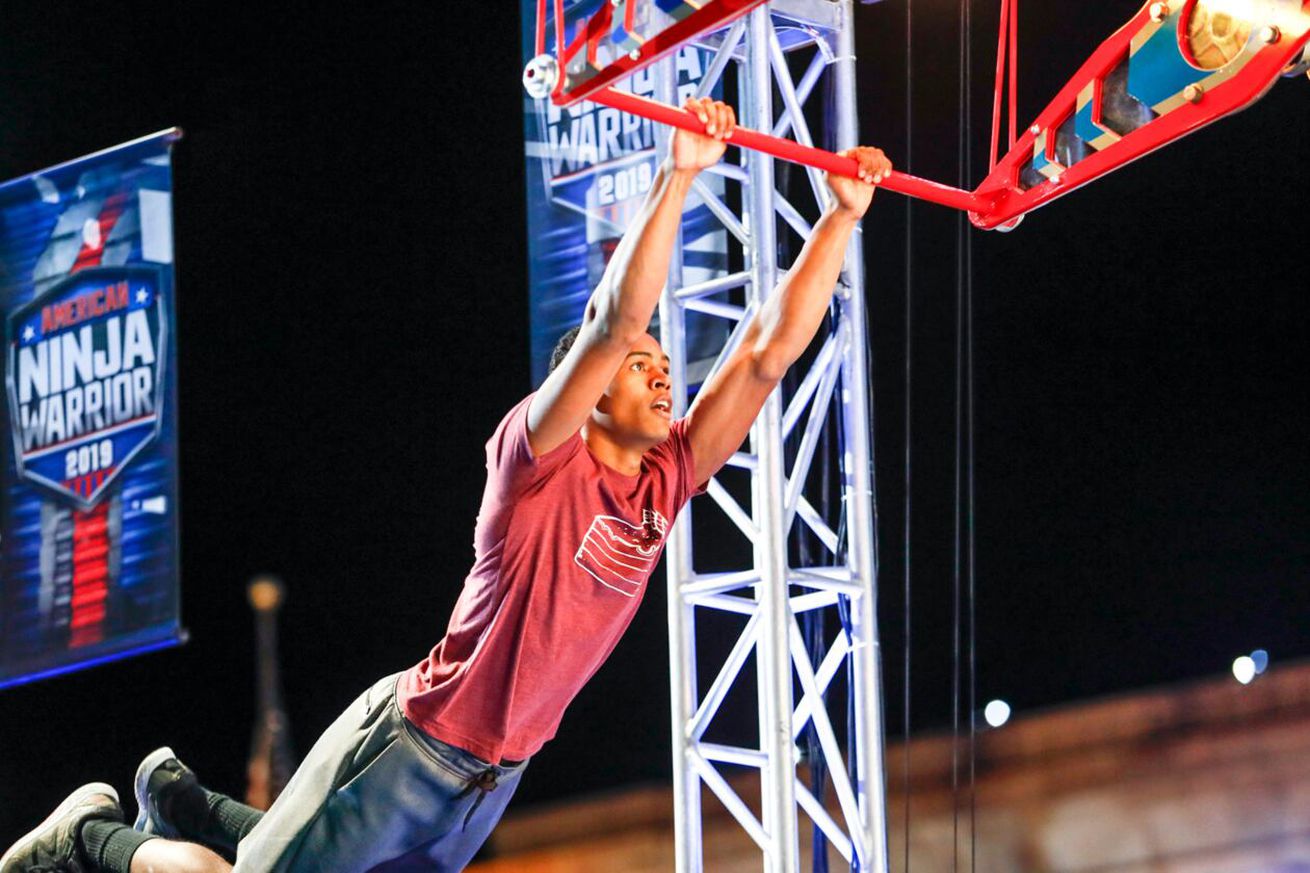 “My mindset is I just want to have fun.” — David Wright

Looking back at the Oklahoma City Qualifiers, it was full of smiley personalities—Barclay Stockett, who likes to remind us to always have fun on the course; Daniel Gil, who is known to smile through entire courses; and Karsten Williams, who we can always count on for positivity through it all.

And then, there was the fun-loving Da Cake Ninja, David Wright, who reminded us to savor the moment and appreciate the little things. David came into the season as a 19-year-old rookie from Texas who trained with some of the best at Iron Sports in Houston. We knew that after training with Daniel Gil, The Kid, and Josh Salinas, he’d have some sweet Ninja skills. We also should have predicted his sweet personality based on his “Da Cake Ninja” nickname. We would have been correct!

David came in devouring cake and ready to have the time of his life. The strategy worked for him. In qualifying, he was the first to make it through Coconut Climb and the first to reach the buzzer. Clearly, his training involves a whole lot more than eating cake back in Houston! David’s sweet success continued at the City Finals, where he kissed the palm tree on obstacle #5, completed the whole course, and earned an ANW National Finalist backpack. (All National Finalists get a backpack.)

“I think my one goal was … It wasn’t to finish, it was just to do well enough to get a backpack in Vegas. So, going into it, it was really blank for me. You know, zone out, don’t worry about anything, just go. I went and that’s how that happened.”

We love David’s appreciation for the little things! Who else kisses obstacles in the middle of their run? David also took the time to appreciate his success at City Finals.

“I think I got really excited because I inhaled some of the smoke that came,” he said. “Yeah, so I was up there coughing, but you know it felt really nice to be able to just hit it. I was like, ‘It’s over. I’m done. I can go to sleep.’ I sat on the edge for a long time. They were like, ‘Um, you’ve got to come down.’ I was like, ‘Oh, okay.’ It took me a while to get off that high of finishing.”

Going into the National Finals, David said, “Going into this, my mindset is I just want to have fun. That’s all I’m going to worry about. It’s going to be one obstacle at a time. I’m going to try not to stress myself out too much, you know?”

David’s National Finals experience ended when he hit the water during Tire Run. We’re sure he would’ve loved to hit another buzzer, but he continued to enjoy his American Ninja Warrior experience, posting some pretty hilarious versions of his fail on Instagram:

David, we hope you continue to enjoy cake, Ninja obstacles, and all the sweet things in life.