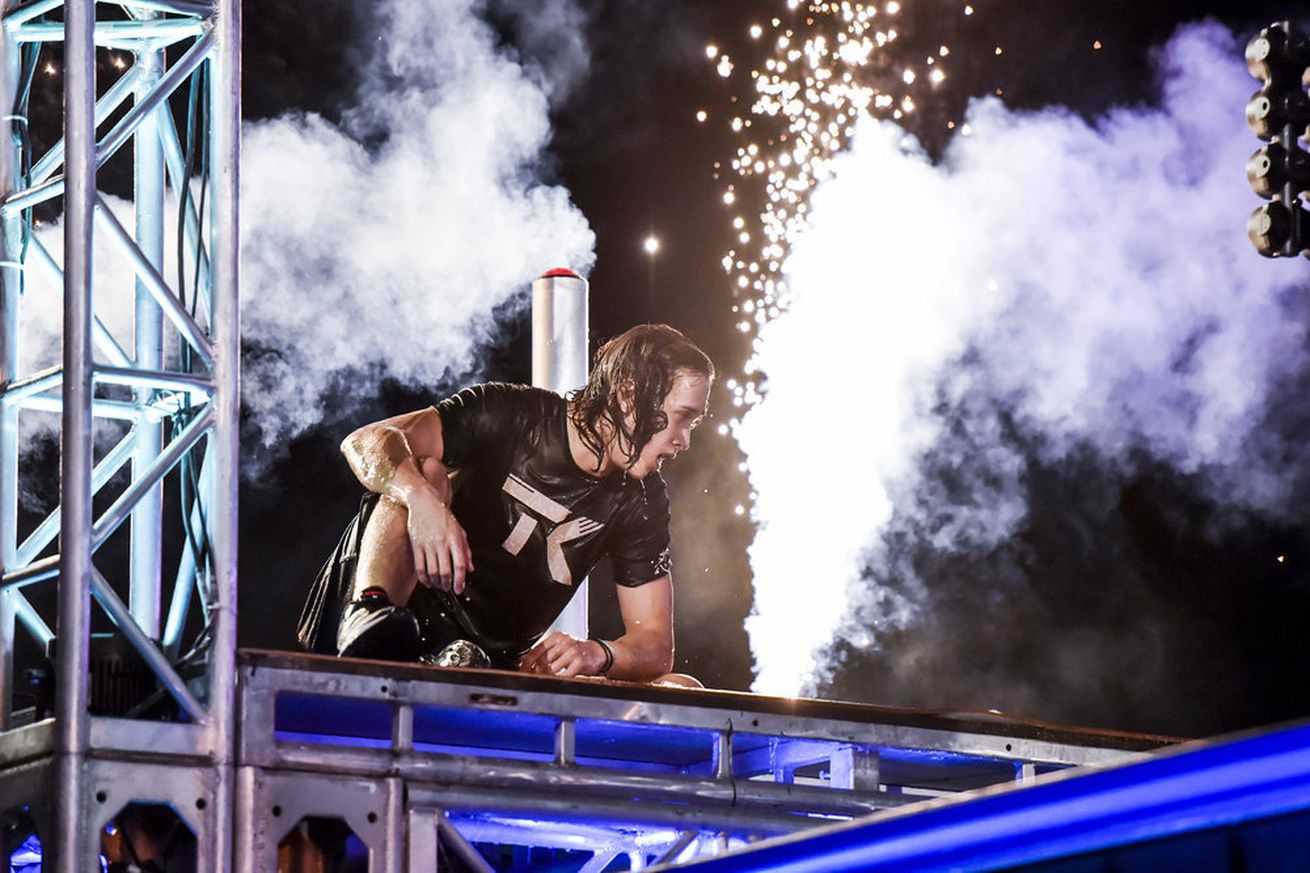 He was more cautious after his first fall on Stage Two.

When Mathis ‘Kid’ Owhadi stepped up to Stage Two, he looked nervous, and we felt nervous. The run above is actually his second go-round on the course. During his first run, Mathis bumped the second blade of the Grim Sweeper, nudging it away from him and messing up his grip when he dropped to blade. The fall meant Mathis needed to use his hard-earned Safety Pass to run again.

Back on the course, we feared the Kid’s trademark confidence had been shaken. He moved a little more hesitantly through the course. At the Grim Sweeper, he hauled his legs up and out of the way, getting past the obstacle. Mathis launched himself into the Water Walls, but got hung up on the first door. After spending several valuable seconds getting flustered, Mathis calmed himself, got the door fully opened and focused on the rest of the obstacle.

Hitting the buzzer, Mathis collapsed as the adrenaline left his body. With that nerve-wracking experience behind him, he’ll need to reset his mind to get ready for Stage Three.