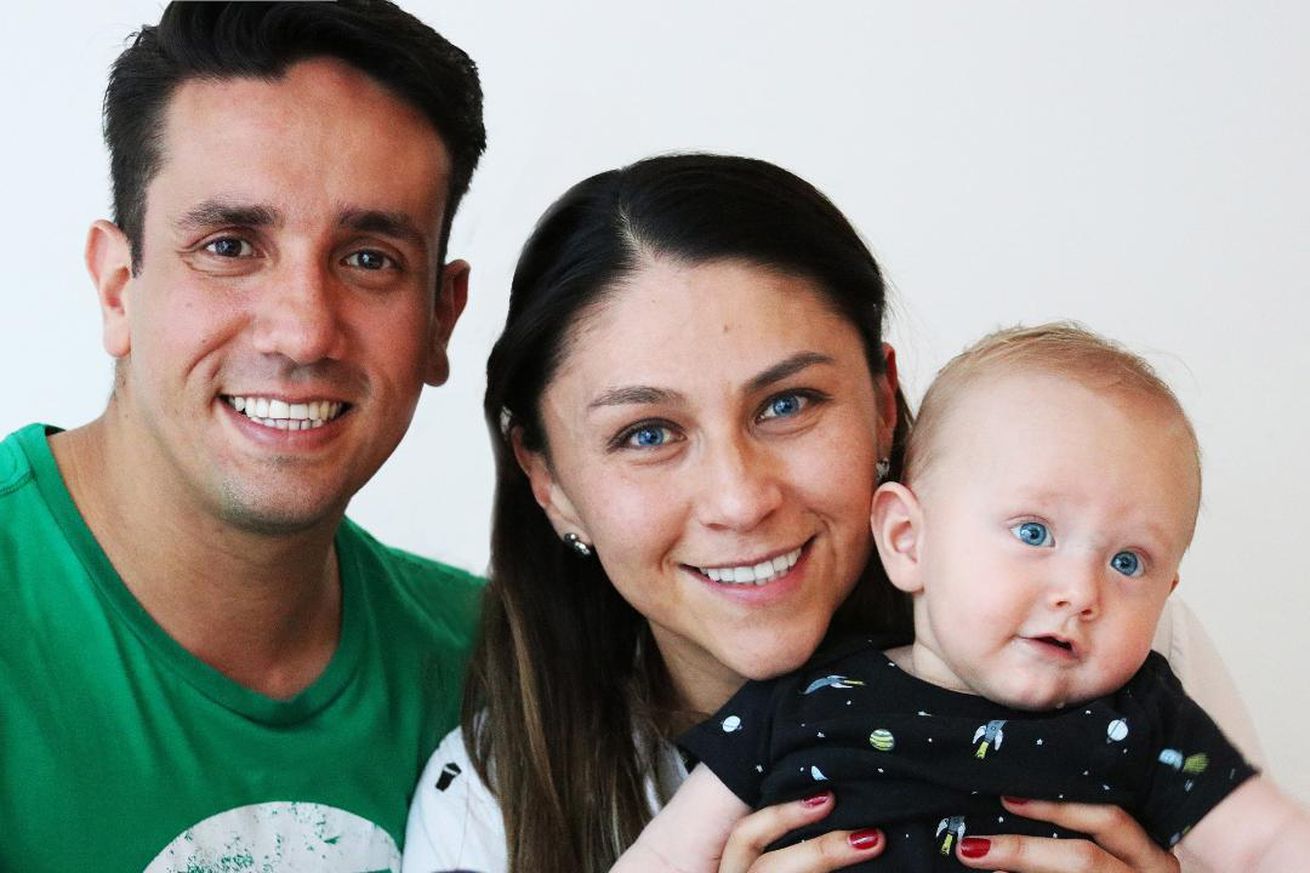 Has anybody met this Ninja yet? He’s not the type of Ninja we typically highlight at American Ninja Warrior Nation. You will not find him crushing obstacles on the course, but his mad art skills deem him an art ninja in our book! His name is Juan Carlos Espinosa, and we think you will love his Ninja artwork.

Capturing their muscles, their personalities, and their moments, Juan Carlos has created stunning artwork showcasing many of American Ninja Warrior’s most popular Ninjas. We first noticed these works of art popping up on Instagram a few weeks ago, and we’ve been dying to know who the artist was behind them. Now, we know!

Juan Carlos Espinosa is a 39-year-old graphic designer turned stay-at-home dad who loves Ninja Warrior, superheroes, comics, and the cinema. He lives in Bogota, Colombia with his wife and one-and-a-half-year-old son.

As is true for many of our favorite Ninjas, Juan Carlos has overcome some pretty significant obstacles in his life. In 2001, his father was kidnapped and “held for ransom for two months… after he was liberated, we decided to leave Colombia,” he explained. At that point, the whole family moved to Spain, where Juan Carlos studied graphic design at Saint Louis University, Madrid campus. Although his family stayed in Spain, Juan Carlos later returned to Colombia by himself to finish his art degree.

According to Juan Carlos, he isn’t a Ninja himself, but he has been a fan since season 1, when Levi Meeuwenberg was the top Ninja. Ninja isn’t popular in Colombia, and Juan Carlos has never had anyone to share his passion with. Now that American Ninja Warrior has inspired him to create this art, and his artwork has started to reach the Ninjas and the fans, we have a feeling that Juan Carlos will begin to make more and more connections in the Ninja world—even if it’s a long-distance connection.

The_art_of_ninjas Instagram account that Juan Carlos created is only about a month old, but he already has more than 500 followers and 21 Ninja art creations. It all began when Juan Carlos noticed that there is so much fan art out there for celebrities, but not a whole lot for American Ninja Warrior. Since he’s always on the lookout for something new and challenging, Juan Carlos thought he’d fill that void with some creations of his own.

Naturally, he started with his favorite Ninja, Joe Moravsky. Once the artwork was complete, Juan Carlos sent it to Joe via social media. After his artwork got glowing reviews from Joe, Juan Carlos began making more Ninja art and created the_art_of_ninjas Instagram page.

Check out some of his latest Ninja art below. We love how personalized they are! The attention to detail and the way each Ninja’s personality is showcased is phenomenal.

Be sure to follow the amazing work of this freelance artist on Instagram @the_art_of_ninjas. Inquiries about personalized artwork can be sent to Juan Carlos via pm.