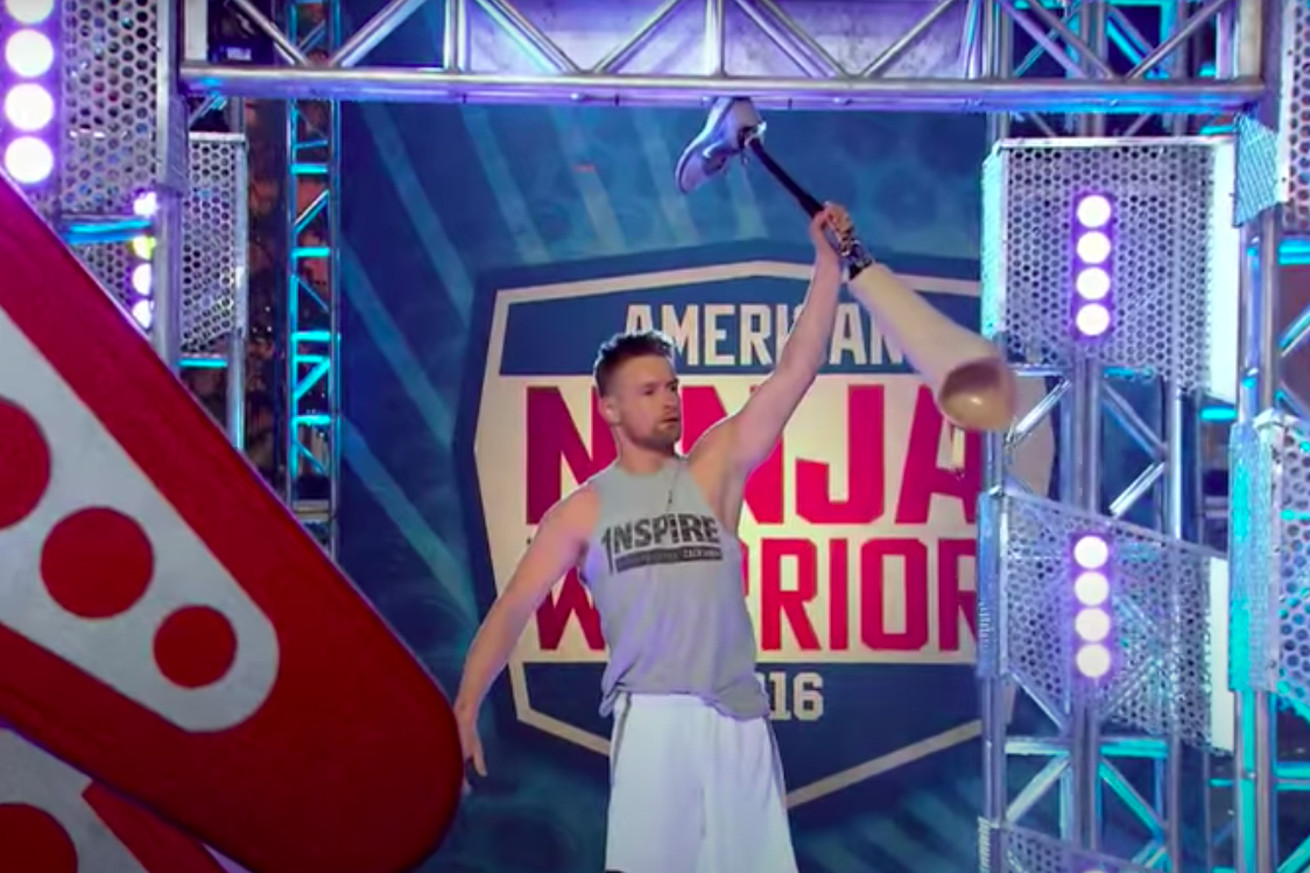 His first steps on the course took our breath away.

It was 2016, my first year traveling with American Ninja Warrior in preparation to launch this very website to coincide with season eight’s premiere on NBC.

I was excited to be in Indianapolis, somewhere I’d never been before. The course was smack dab in the middle of the city which gave it a festival vibe. Businesses around us were running Ninja Warrior specials and fun-loving bar patrons would stop by to cheer from the sidelines as they ventured out to head home. The atmosphere was upbeat and vivacious.

And then Zach Gowen rallied us all to entirely new level of excitement and pride.

At that point, I knew nothing about Zach. I didn’t know his inspiring backstory or what he’d already overcome in his life. All I knew was what was visually apparent. He approached the course with one prosthetic leg. That got everyone’s attention.

Then, he ripped it off. Zach held it high above his head before setting it to the side, in a display that screamed out his opinion on any limitations others might have projected on to him.

The next few minutes were spent reveling in one of the most chill-inducing, moving, and memorable experiences I’ve had on American Ninja Warrior to this day.

The video doesn’t do it justice. You had to be there. But it’s still worth watching again right now.