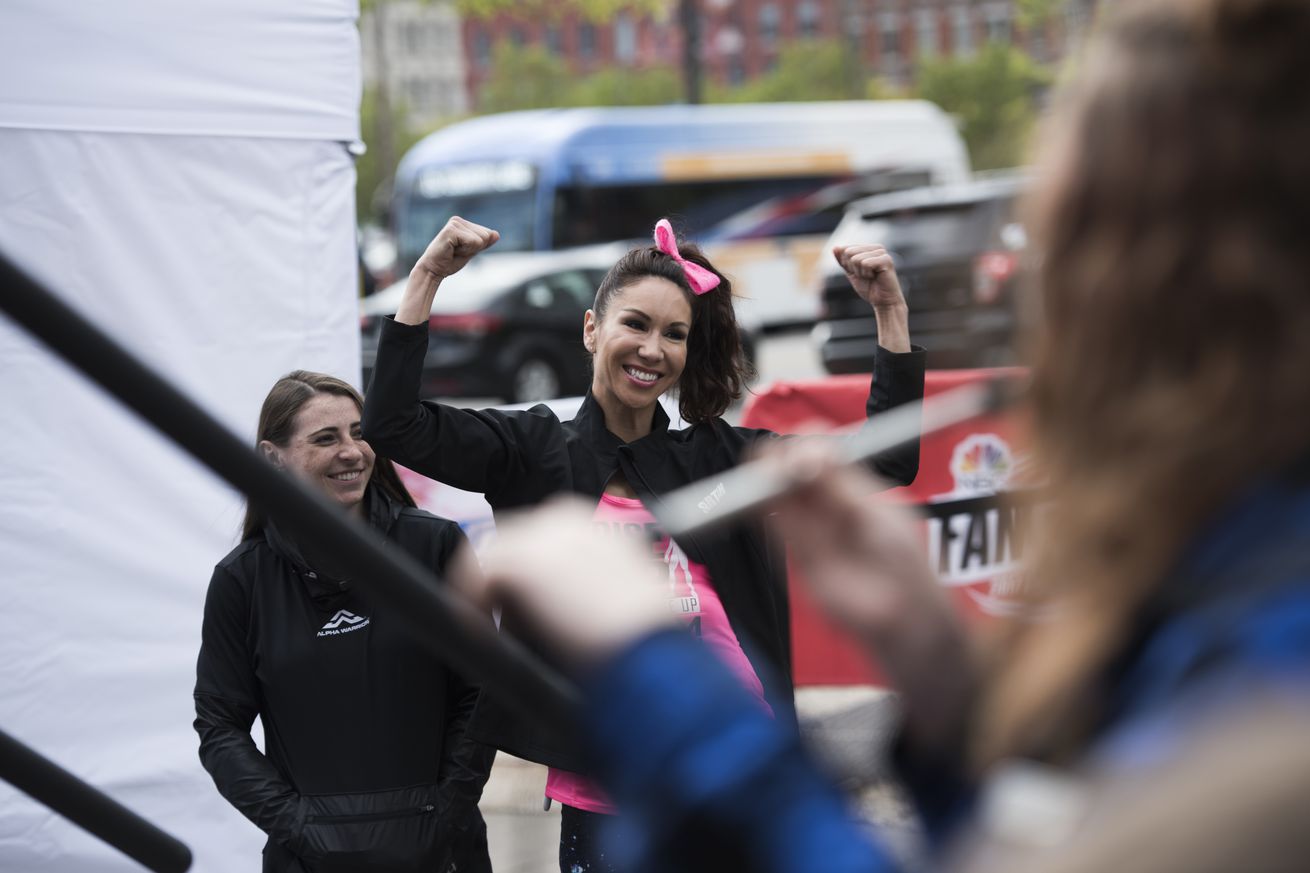 This series will highlight a Ninja each week who is making a difference in their community.

We first saw Maggi Thorne on ANW season 6, where she failed on the Quintuple Steps in the Qualifiers. She was back in season 8 and her run was cut, but in season 9 Maggi came back and made it all the way to Stage One. She became a well-known name in the Ninja community, going out early in season 10 and then having an amazing run this year in the Oklahoma City Finals, becoming the second mom to get up the Warped Wall.

Maggi has become known for her trademark pink bow and the single mom of three has told ANWN that the bow isn’t about her, it’s to remind fans to always be themselves. “I would love the audience to remember who they are… I want them to have their own breakthroughs. What are their dreams? Who do they want to be? Just be that person. Boldly, bravely, abundantly. Whoever you are supposed to be, do that, with joy.”

And now Maggi has taken her motto of “Never Give Up on Your Dreams” to the Girl Scouts, who have even created a special Bow Patch!

#WCW to @girlscoutsne Bow Brigade . A simple “what if” of a Bow patch has encouraged more young ladies than I could have ever imagined to dream. From becoming business owners, empowering each other through fitness, to learning community engagement raising awareness for non-profits like @feedonehq . Girl Up!! #girlpower

Maggi told ANWN that the Bow Patch is “launching in more states to continue inspiring Girl Scouts to encourage entrepreneurship, empowerment, and community service. I’ve joined along their Girl Rising Series speaking recently in Columbus, NE and will be doing a troop mini-tour for girls working on their patch. I’ve been helping Scouts to learn how to rock climb and overcome fears at adventure camps. In 2020 I’ll be joining a lot of events to empower girls!”

But that’s not all Maggi has been up to. She’s been spotted on the red carpet in support of the American Heart Association, raising money for Convoy of Hope, and was recently interviewed by Nebraska Governor Pete Ricketts.

Maggi is certainly keeping busy in the offseason and doing a lot of good along the way!

To learn more about Maggi’s story, listen to this ANWN Podcast Episode from July.