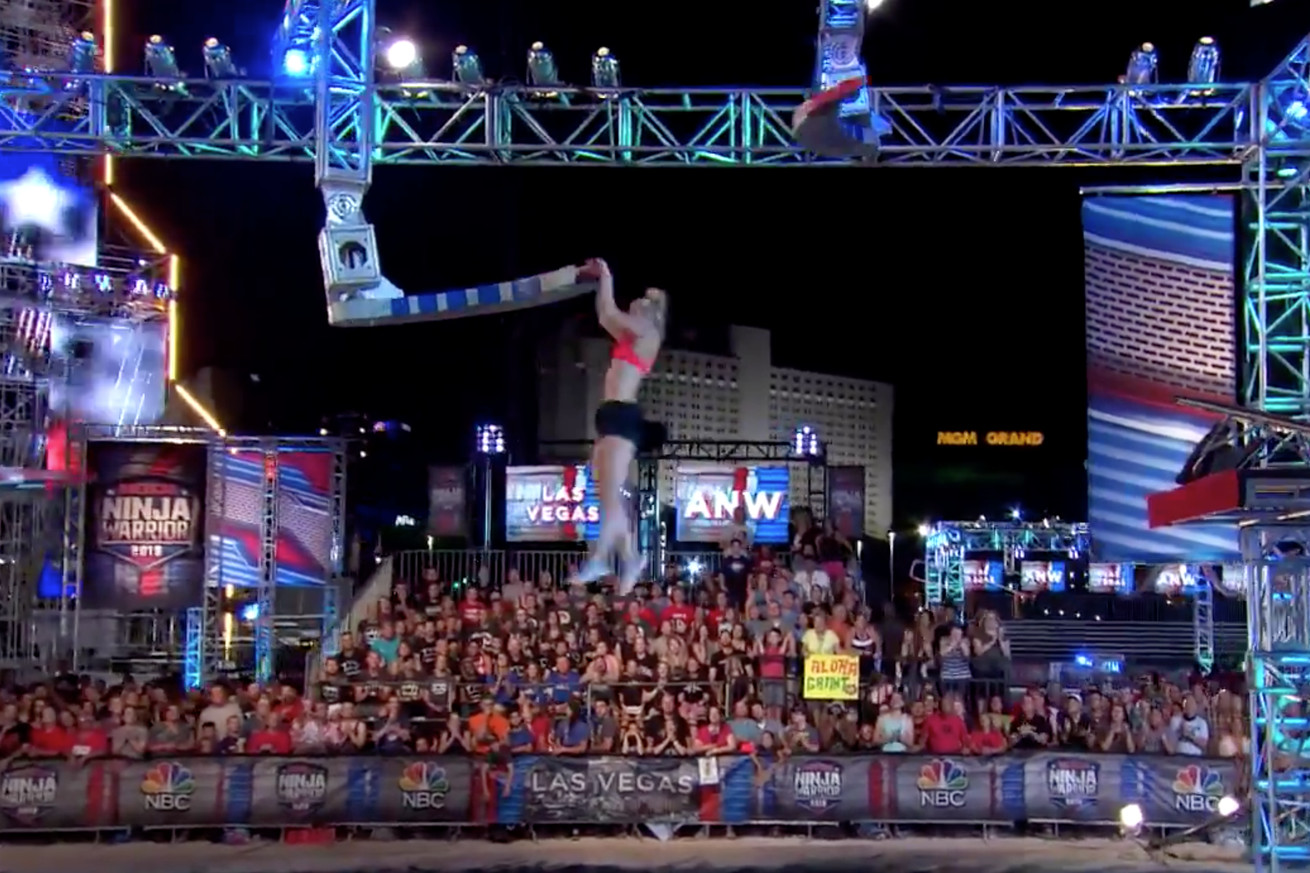 The new obstacle is designed to disorient the competitors as the clock ticks down.

American Ninja Warrior has given Stage Two of the National Finals a BIG facelift. Gone is Wingnut Alley, a Ninja killer for the past few seasons. The Water Walls, the show’s first underwater obstacle have made a return.

But the marquee new kid on the block has to be the Grim Sweeper. It’s in the fifth position on the course and features three, sweeping, rotating, curved bars. Ninjas must jump to the first bar, then time their release down to the second bar, which rotates in the opposite direction. They then have to repeat that down to the third bar, which again changes direction, before they can attempt the dismount.

Looks fun. Also looks dizzying at a time when the Ninjas will need 100% of their focus. Jessie Graff, who ended her season on Stage One, demonstrates the new obstacle for us. Check out the video above!

So what do you think of the new Grim Sweeper?