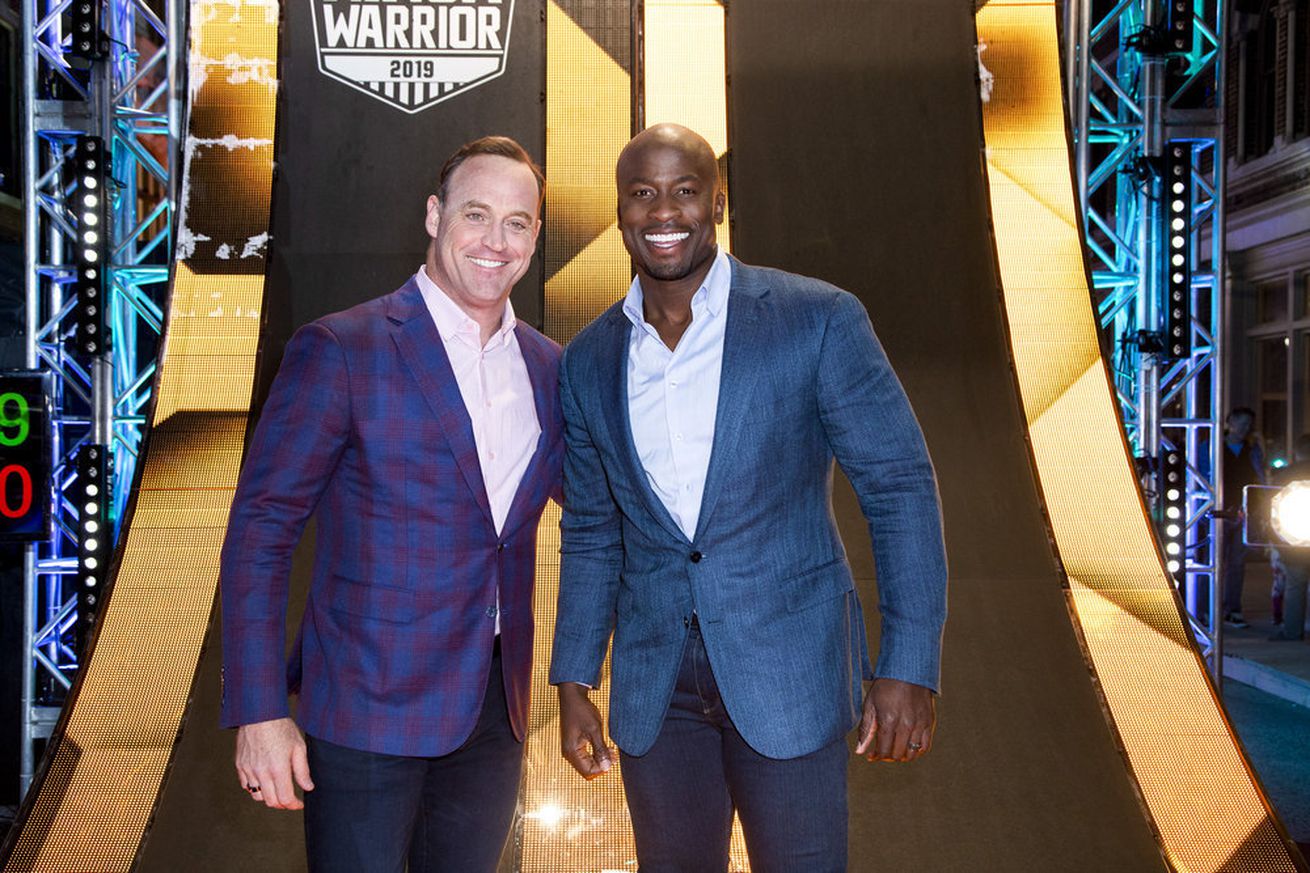 Just a little City Finals appetizer before things get going on Monday!

As if the American Ninja Warrior season hasn’t been exciting enough, things are about to get kicked up a notch. The top competitors from the Qualifying rounds will now return to fight through the extended courses and try to make to the National Finals. It all starts with a return to Universal Studios Hollywood in Los Angeles on Monday, July 15.

Per usual, we have a few pictures we can share with you ahead of time. But we’re putting a caveat on these. We’re being pretty picky about what pictures we’ll show you as we move into the City Finals. Making it to the back half of the course is a big deal in a lot of situations and we don’t want to ruin the surprise for anyone.

So yes, we realize these photos aren’t showing you TOO much in the way of new obstacles and such. But, enjoy them anyway and we’ll see all the action soon enough!

Kyle Soderman got stuck at the Mega Wall in Qualifying. That distraction isn’t an option this time around.

Ben Udy, AKA Chad Flexington, will try to take his big personality all the way to the end of the course.

Davyon Hancox found his way to the buzzer last time we saw him. He’ll try to see his way to Vegas again on Monday.

Brian Burk inspired us all as he celebrated every obstacle. We can’t wait to see him again!

Anna Shumaker has a look of focus here that makes us think the course should look out.

Flip Rodriguez also chose the Mega Wall in Qualifying and it kept him from the buzzer. Thoughts on how he’ll do this time?

David Alvarez shares that he’s looking for his little sister Wallyssa, who he was separated from in foster care. We’re really hoping we get an update on that along with the City Finals.

We’ll see these run and many more at the Los Angeles City Finals on Monday, July 15 at 8/7c on NBC.