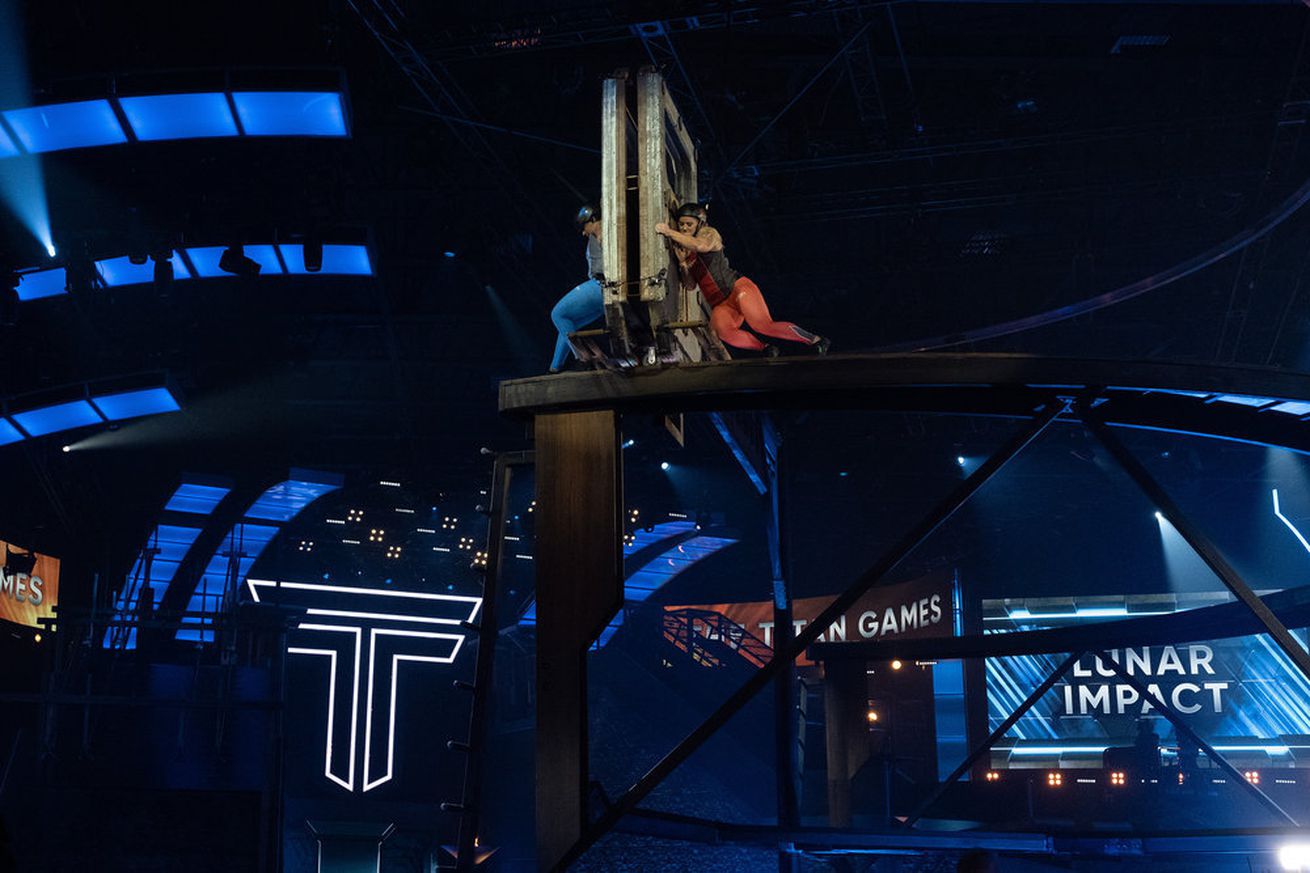 The third episode both solidified and shook up the Titan status.

Before we talk about THIS episode, we just need to say one thing about the NEXT episode: We’re going to have some epic duels. In the regional finals, all the Mount Olympus runner-ups will return for a chance to earn their way back and take the Titan title.

The third segment of the Central region brought the return of Joe Thomas and Chantae McMillan. But will the third run up Mount Olympus be a charm or a curse? Turns out it was a bit of both. Joe continued his campaign for superhero status. Chantae’s tiny error has her glaring steadfast into the future, waiting for her next chance at the mountain.

The one thing we can say for sure is that when all the contenders return next week, we better buckle the heck up.

You can review the challenges here.

Kaleb had the win easily, but Michael’s refusal to quit in spite of his exhaustion had everyone cheering.

The moment: Dani focused on emptying her wall of all weight as quickly as possible. That forced Nadi to run for the rope with 200 lbs still attached when Dani made her move.

The moment: Nadi and Dani traded the advantage back and forth in a long, gritty stalemate. After making a stunning comeback, Nadi ran out of gas and Dani was able to make a final move to reclaim the offensive position and end the match. This cleared Dani’s way to Mount Olympus.

The moment: Kaleb built a stunning lead after smashing in his first two pistons. He dwelled a bit on the golden piston, but a tired Michael was no match. Kaleb would advance to Mount Olympus.

Kaleb knew he’d need to be flawless to take the title from Joe. After building a lead and getting to the arena floor first, Kaleb found the Titan hot on his heels. A casually calm Joe hauled the Ball and Chain to the tomb and snapped the lead shut. Once his hammer touched the concrete slab, it was clear that Joe wasn’t going anywhere.

This match proved that Mount Olympus is a fickle, fickle, opponent. In a blink-and-you’ll-miss-it moment, Chantae did not lock in her log on Log Lift. It breezed back down the hill, forcing Chantae to run after it, and handing the lead to Dani. When Dani stayed strong and made no errors, Chantae was forced to hand over the crown, so to speak.