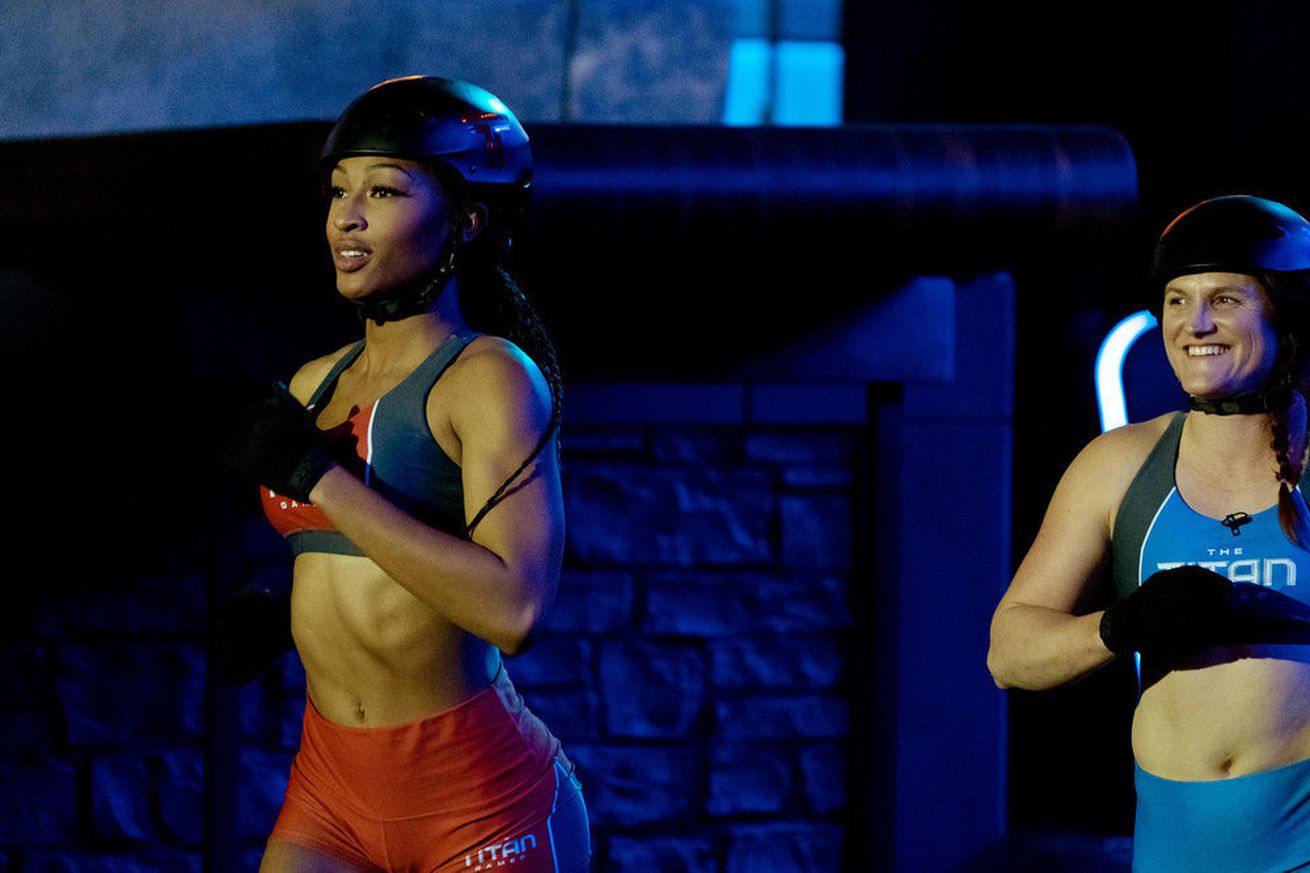 Here are the results of part three of the West’s competition.

The West Region of The Titan Games is quickly approaching its finale. Tonight’s episode featured the last four competitors to enter the arena in this segment. The West has been known for its tumultuous Mount Olympus match ups, with the reigning Titans frequently turning over. That changed tonight.

Noah Palicia defended his Titan for the second time. Margaux Alvarez, who rose to the top last week, kept her place as a Titan. Both will need to keep their wits about them as the runner ups return next week for the West Regional finals.

We break down the action below.

Game one – Nuts and Bolts

The moment: For one of the first times we can remember, this challenge came down to a run for the victory chain. Both Robbie and Wayne tossed weights, lunged for the rope, and locked down their walls at almost the same time. Wayne beat Robbie to the finish by just a step or two.

The moment: This challenge was defined by two moments. The first was when Lindsey skittered like a spider across the first panels, creating a small lead. The second was when Jamara slipped on the very last panel, allowing Lindsey to grab the victory chain first.

She’s not your average athlete, but that won’t stop #LindseyHamm from climbing to new heights in this competition! ‍♀️ pic.twitter.com/NN5nia3nsy

The moment: We love how Lunar Impact puts the full gamut of human emotions on display. Robbie and Wayne both went through despair, determination, exhaustion, and exhilaration as they each gained, lost, and gained the led again. In the end, it was Wayne who would advance to Mount Olympus.

The moment: This contest can be summed up in one word: DANG. Lindsey slammed in her first two pistons with powerful lunges. She began to tire on the gold piston, but as Jamara struggled on her pistons, she had the time to gather her strength and smash in the win with two final kicks.

Margaux is as comfortable on Mount Olympus as she is in her own vineyard. The reigning Titan held on to her title with a near perfect run. Lindsey was doing just fine, she simply just wasn’t as fast. When Margaux made the Ball and Chain look light, we knew an unlikely drastic error would be the only thing that could stop her win. It did not materialize.

Noah also retained his title, but it wasn’t easy. He and Wayne flew through the obstacles, pushing each other to the max. Wayne had the lead into the Cage Crawl and down to the arena floor. In hand-wringing, anxiety-inducing conclusion, Noah and Wayne took it to the last moment, with both of them tumbling to the floor, regaining their composure and smashing open their tombs. Noah was through first, and is through the regional finals as the current champion.