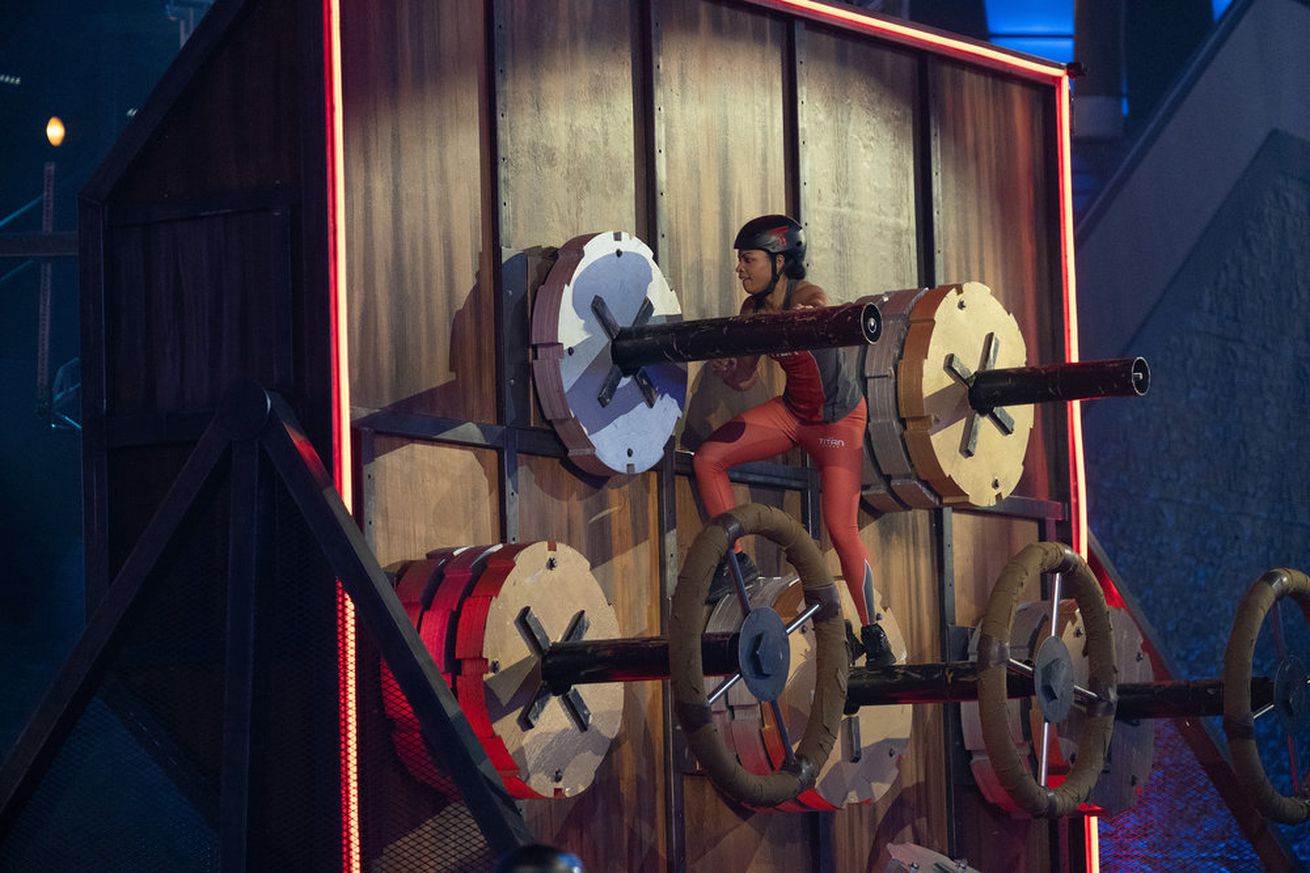 One Titan fell, while another stayed strong.

This was a big episode for season two of The Titan Games. The third segment of the East Region’s competition marked the last introduction of new challengers. From here on out, it will be returning challengers, and then finally, our reigning Titans in the championship.

On the women’s side, Courtney Roselle didn’t allow Shantal Athill a chance to gain an edge. For the men, Blake Broadhurst met his match in Josh Porter. On Mount Olympus, Haley Johnson was finally unseated, while Will Sutton was country strong once again.

Read on to find out how it all happened!

The Titans: Haley Johnson and Will Sutton

Game one – Nuts and Bolts

The moment: Shantal trailed behind Courtney when it came to stripping the weights off the obstacle. Courtney moved for the rope with over 350 lbs still on her wall. It was a risky decision, especially when she was unable to tip the wall over. This could have been Shantal’s chance to overtake her, but Courtney was able to run back, remove more weight, and lock in the win.

If you tell @CourtneyRoselle she can’t do something, she will DEFINITELY prove you wrong! pic.twitter.com/Ej39VPA2WD

The moment: We didn’t think Josh stood a chance after he lost control of his swing and spun wildly on the rope while Blake brought down his panels. Josh came from behind to snap up the win when Blake struggled to get his last panel.

The moment: Shantal had ONE misstep when she slipped at the top of the ladder. That was all it took for Courtney to reach the wall first and slide Shantal right off the platform. Courtney would be the new Titan contender.

Game four – Over the Edge

The moment: In just 35 seconds, Josh managed to pull the rope taut first and haul the stone to his side. His dog Vinny looked very pleased that his dad would be going to Mount Olympus.

With the comfort of his dog, Vinny, @Sir_Jumps_Alot found the strength to carry on after the tragic loss of his friend. pic.twitter.com/fw7k1g7gQ7

Both these athletes were shockingly nimble given their mass. Josh was only a few feet behind Will as they flew through the first obstacles of Mount Olympus. Josh even gained a teeny tiny lead heading across the Sky Bridge and into Cage Crawl. Yet somehow, Will managed to hit the Titan arena floor first. The tide turned in favor of Will right then and there. Josh was tapped and unable to move the Ball and Chain. Will closed out the race the best way he knew how: As the undisputed Titan. He’ll be the one to beat in the regional finals.

The Titan: Will Sutton

Haley and Courtney put together a tight race. In the Cage Crawl, there were moments they looked like mirrors of one another. Both took off for the Ball and Chain. Courtney got there first and made short work of the journey to the Titan Tomb. Haley did meet her there and managed to make up time. Both cracked the concrete and started digging, but it was Courtney who came up with her hands full and took the Titan title for herself.