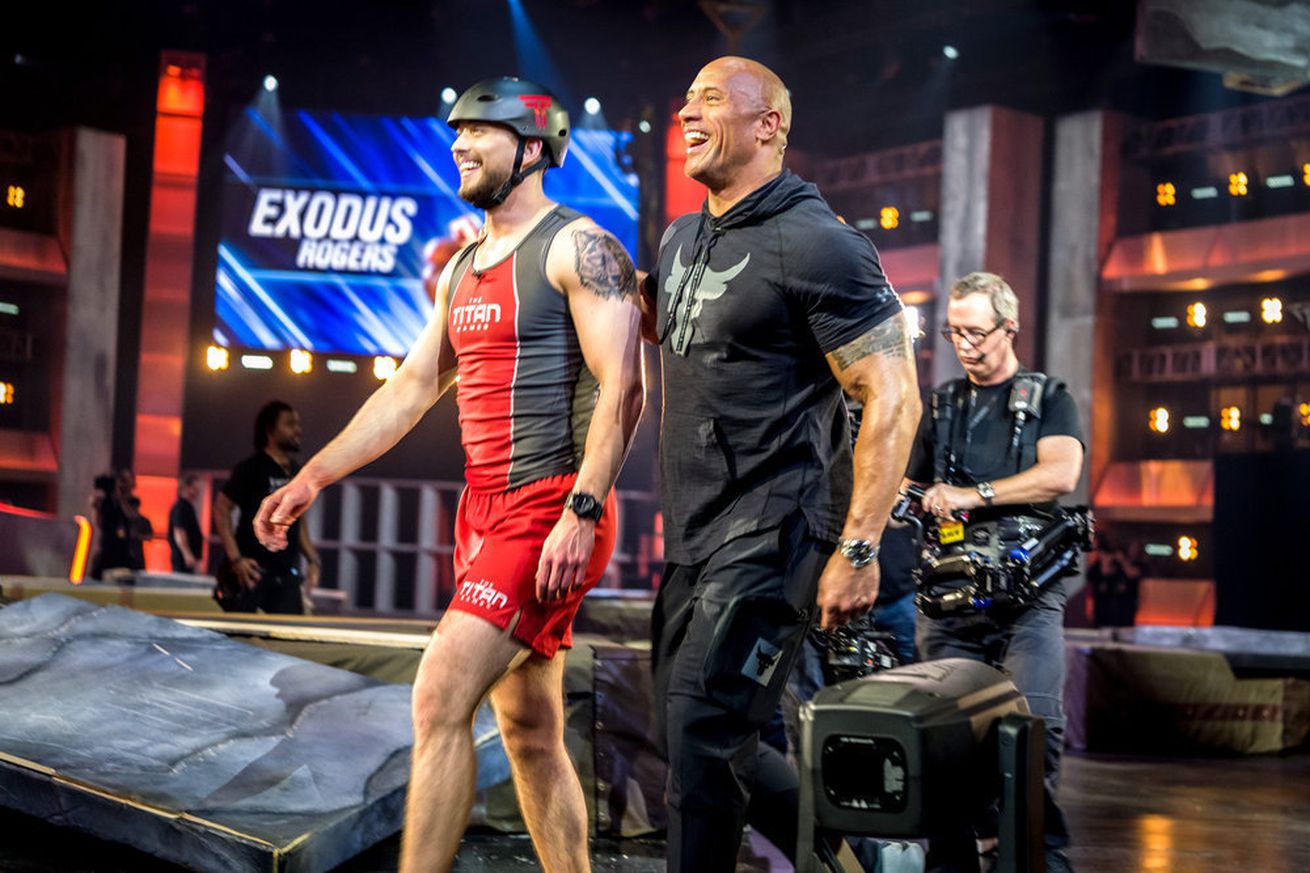 Their motivations went much deeper than just the glory of the Titan title.

After knocking both of Dwayne Johnson’s elite Titans off the podium in the West’s first episode, Noah Palicia and Kelly Valdez were in for a fight. The Titan Games moved into the second part of the West Region competition with four challengers who all had warrior hearts, givings us some great, back-and-forth battles and moving moments. Deputy Probation Assistant Exodus Rodgers bested Mitch Harrison in two challenges, but the reigning Titan, Noah, outpaced him on Mount Olympus. Mitch, the competition’s first out transgender athlete, had Dwayne almost in tears when he told The Rock he wanted to make him proud.

We couldn’t be more proud to have Mitch competing with us this season! https://t.co/IEgjQn5nEn

Margaux Alvarez had her work cut out for her in her match ups against Kelly Stone, but she made it to the mountain. There, the winemaker sent Titan Kelly Valdez packing and took the title for herself and for her sister who passed away in a car accident.

We break down all the action below.

The moment: Mitch struck the first blow, but Exodus reached the final goal.

The moment: Kelly placed a calculated bet when she opted to try to tip her wall with some of the weight still on it. The move prompted Margaux to follow suit. Kelly’s plan backfired when she had to run forward to attempt to remove more weight although Margaux was able to wrestle the wall down.

Game three – Over the Edge

The moment: The two were in a taut stalemate until Exodus opted to start rocking the rope forward and back. The smart maneuver broke Mitch’s leverage and sent Exodus to Mount Olympus.

The moment: Kelly initially reached the wall first and slammed it into Margaux, who seemed completely unfazed but the hit. The two competitors both gave great back and forth efforts. The end came when Kelly stood up to change positions and Margaux used the shift in pressure to finish the match and move on to Mount Olympus.

The pressure of keeping up with Noah pushed Exodus to the limit. It was a close race, but in his rush, Exodus took a big tumble off the blades of the Drop Zone, followed by another hard fall with the Ball and Chain. Exodus’ exhaustion was palpable while Noah seemed to materialize the relic out of thin air after a few hits on the tomb.

Will @KingExodus15‘s strength be enough to defeat #NoahPalicia‘s determination to stay on Mount Olympus? pic.twitter.com/8sjysKr4IA

The separation between competitors happened when Kelly struggled with the Log Lift. Margaux was aggressively on the move, gaining more and more of an advantage. She hit the area floor alone, made short work of the Ball and Chain, and began working on the tomb while Kelly was still in the Cage Crawl. It was no question we would have a new Titan.