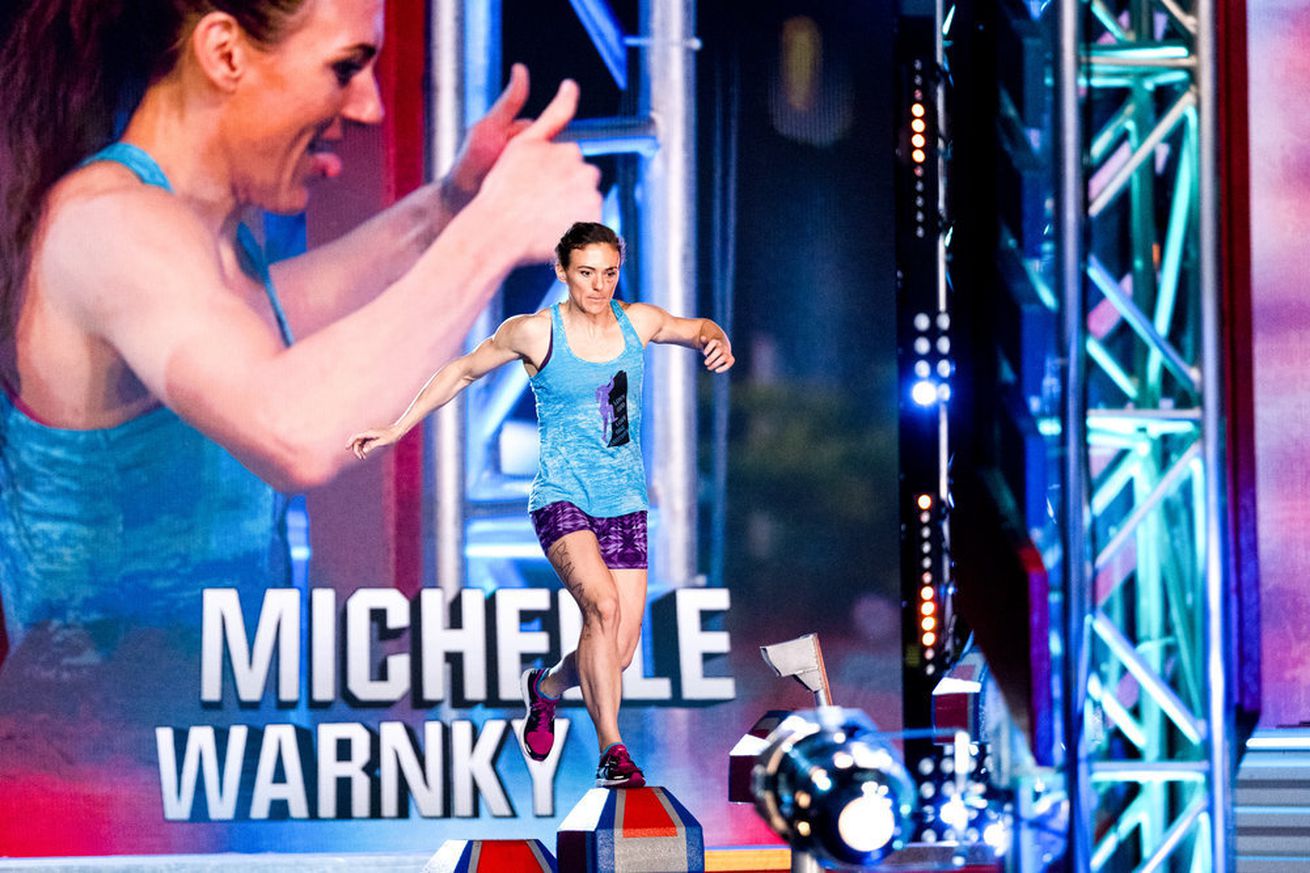 Her original gym has been dismantled, and she has the keys to her new space!

American Ninja Warrior Michelle Warnky first opened her Ninja gym, MLAB Ohio, in Worthington, Ohio in 2015. It’s credited as being one of the earliest Ninja-specific gyms. Michelle has trained hundreds of athletes there for the last 5 years.

Here’s how it began:

When Michelle first became interested in American Ninja Warrior, Ninja gyms weren’t exactly easy to find. In fact, the closest Ninja gym Michelle could find was in New Jersey. Wanting something closer to her hometown (Columbus, Ohio), Michelle built some makeshift obstacles at her local climbing gym and began training others. It wasn’t a lot, but it was enough to perform really well on the American Ninja Warrior courses!

Michelle first appeared on ANW during season five, but it was season six that was life-changing. The rising popularity of the show, combined with her success on the ANW course (a buzzer in qualifiers, all the way to obstacle seven in city finals, Wildcard to Vegas), resulted in Michelle’s phone and email being bombarded after the show’s airing. So many people wanted her help to train for Ninja Warrior! It was clear that her small set-up at the climbing gym was no longer going to be efficient.

Michelle had never planned to be a gym owner, but the community she had built needed a bigger space. So…in 2015, she opened MLAB Ohio, with the help of co-owners, Chris and Brian Wilczewski.

Now, after 5 years, her community has outgrown this space as well. MLAB Ohio held a farewell competition on July 7th, and that same night, Michelle and her crew began the teardown.

Final video before we start to break down things at the MLab Ohio gym! We are moving to a new location and will let everyone know when we are opening up again! Until then we are doing online and park classes for those who want to sign up! Details are on our website: mlabohio.com . Thanks for all of the love and support for our 5 years here, and we’re excited to move to a new location so we can offer you even more opportunities to.train and have fun!

It took a couple weeks, and a whole lot of hard work from staff and volunteers, but the original space was back to its original form by July22nd – no Salmon Ladders, Cliffhangers, or climbing walls in sight.

Back to how it was when I first saw it! Swipe to see the gym being taken apart! . . The keys are gone, our time is done at the old @mlabohio location! Huge thanks to our incredible staff and many volunteers for all of their hard work over the past few weeks as we leave our old location! It’s been a great home for 5 years! . . I’ll share updates when we are closer to opening up our new location! Until we open, we are offering online & park classes, as well as running sessions, so check out MLABOHIO.COM for more details or to sign up!

Michelle has the keys to her new place, and they’re hoping to open sometime in August. We can’t wait to see Michelle and the whole MLAB crew turn that giant gray space into a vibrant Ninja gym their community will love.

We have a new home for @mlabohio ! . . We’ve been searching for years for a new space for @mlabohio and it has been a crazy ride! It has brought me to my knees or in tears many times, but God is gracious and faithful, and His timing is always perfect, even when we struggle to fully trust Him! Myself and countless family and friends have lifted up so many prayers for our future space, and I’m so thankful to share that we have signed a lease for our new space and I got the keys today! . Enjoyed writing some verses on some 2x4s in the new space