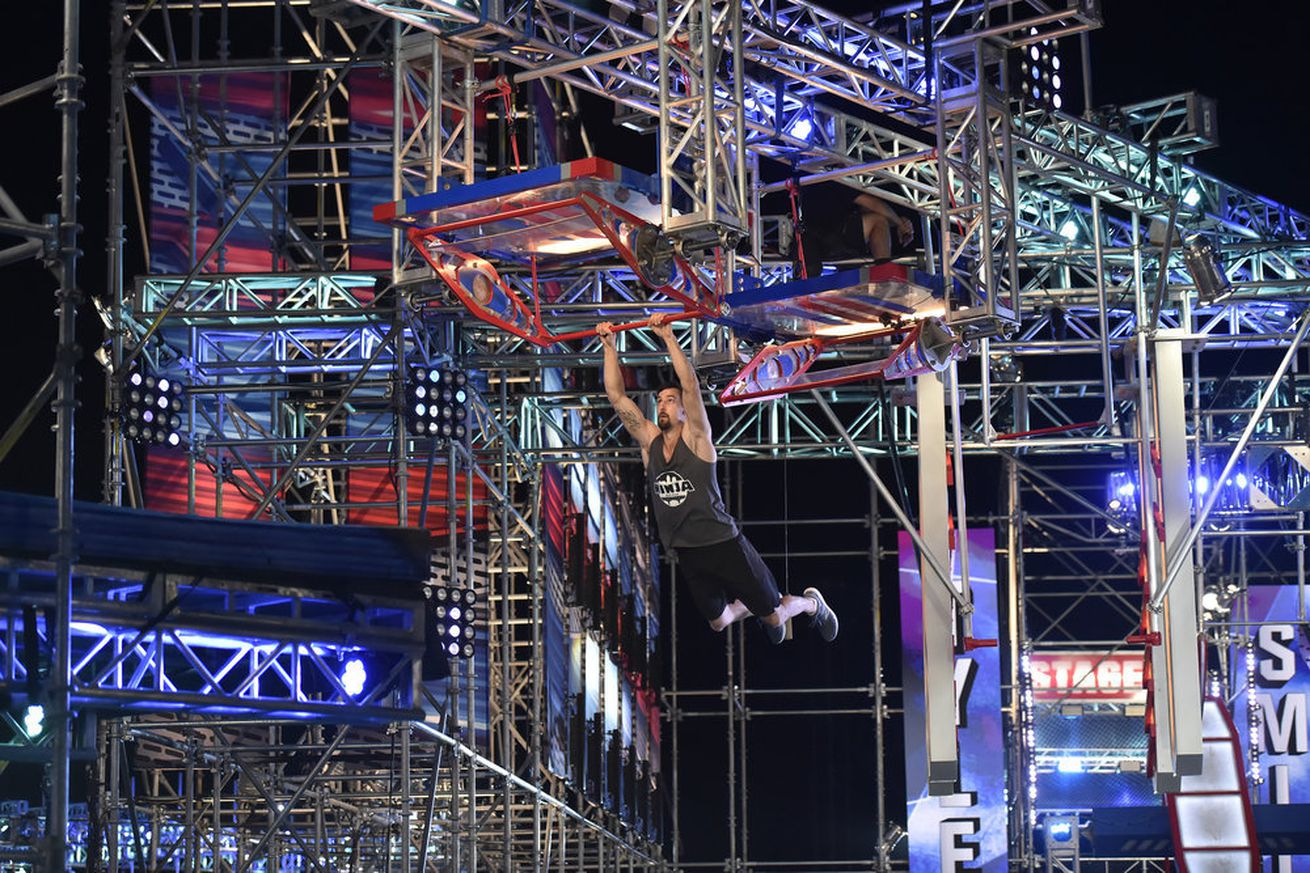 He finally had a chance to show off his skills.

The third time is to shaping up to be a nice charm for dad, husband, and exterminator Tyler Smith. He’d previously made it to Stage One in season eight, and left season nine’s competition with the Kansas City Finals. This year, he ran the course in Cincinnati. During the Qualifiers, he missed the buzzer when he tried for the Mega Wall. In the City Finals, he might have gone out on the Spinball Wizard, but he was through to Las Vegas.

He completed Stage One, and found even more room to shine on Stage Two. He burst through the course with enough speed to place third overall, assuring his place on Stage Three.

Read on to find out how Tyler feels about the charm of his third year.

How did it feel to get the word that you were going to Vegas?

TS: Oh, it was pretty exciting. I was super pumped. After last season, not making it, it was a relief to come back and make it.

Being in Vegas is awesome. It’s really cool to be surrounded by everybody that you get to see, and hang out with everyone for a while. And we all get together, and it’s a really fun time.

Are you feeling nervous at all? Any anxiety?

TS: I’m not really feeling nervous, just kind of ready to get going and get on the course. So, yeah, I’m feeling good.

What do you expect from the course that’s coming up?

TS: As far as the course goes, Stage One’s definitely a speed stage, so it’s not a whole lot of rest, but that’s kind of how I like to run. So, just going and trying to be efficient and goes as fast as I possibly can.

What do you expect from yourself while you’re on the course?

TS: I expect definitely a better package than I brought last time. Last time I was here, I was only rock climbing. I wasn’t training on any obstacles. So, now after having a full year of training in a gym, I’m really excited to see how it plays out.

If his skill and little bit of luck hold out, Tyler will be shining on Stage Three next! We’ll see that episode Monday, September 16 at 8/7c on NBC.