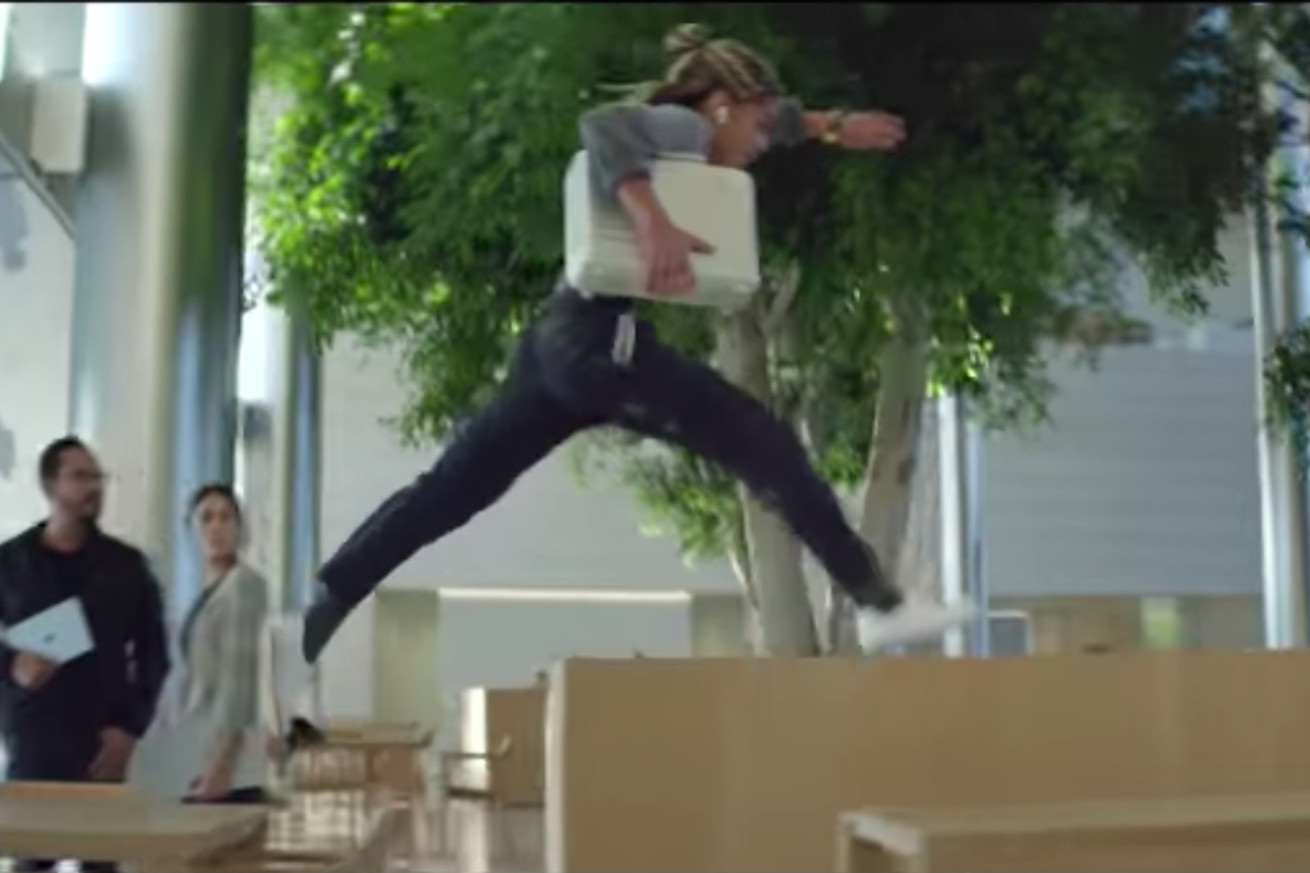 They tapped Cassie Craig to save their presentation.

Tech lovers live for days like September 12. When huge giants like Apple host lavish events to debut new phones and gadgets that we’ll all be clamoring for shortly here.

Apple started its most recent event off with a bit of drama. CEO Tim Cook seemingly sent an accidental Tweet saying, “No. Who can get it here quickly?” In reality, it was a little ploy to lead into their presentation’s intro. The video featured an Apple employee sprinting with the all-important briefcase across the Apple campus.

We shrieked a little when we saw the video. That savior of the Apple presentation was American Ninja Warrior Cassie Craig!

Cassie competed on seasons seven, eight, and nine of the show. She was also on Najee Richardson’s Team Phoenix Force on the second season of Team Ninja Warrior, and on Ninja vs Ninja.

Well that’s a wrap! Thank you to everyone that came out to support. Tune in June 1st for the series premiere on NBC. Did I punch my ticket to Vegas? Will I receive a wildcard? Or is it better luck next season? Find out!! #ANW8OKC

Cassie is also a singer, so she’s a multi-talented force to be reckoned with. When in doubt, get a Ninja on the case.